When I began studying interior design many (many!) years ago, I learned all about the much-venerated kitchen work triangle— in which the refrigerator, range, and sink are placed 4 to 9 feet apart, forming a roughly equilateral triangle. This design principle was developed back when most people had smaller, closed-off kitchens, where only one person prepared and cleaned up meals. It’s an efficient way to layout appliances and the sink in a small closed or semi-closed kitchen.

The work triangle is still useful today, but with kitchens that now run the gamut from tiny single wall galleys up to the large open-plan kitchen, it’s more useful to think in terms of work zones instead.  Work zones are really just the natural evolution of the kitchen work triangle. As kitchens grew in size and opened up to other rooms in the house, it became more of a challenge to place appliances in a neat triangular layout. We also have more appliances than ever before — dishwashers, extra sinks, microwaves, separate cooktops, and wall ovens — not to mention more people working and socializing in the space. 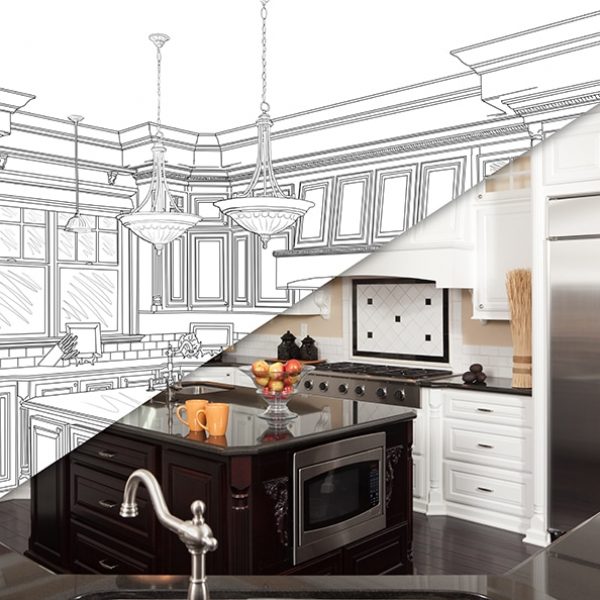